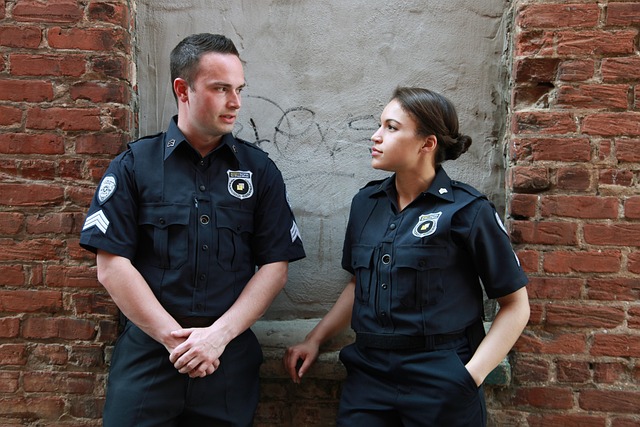 Police officers can look forward to a happy retirement
Several Reports Have Claimed That Police Officers Do Not Enjoy Their Retirement, but Data Shows This to Be Untrue

Sydney, Australia – January 11, 2023 – In the 1980s, there was a theory that police officers had a shorter-than-average life expectancy.  It was believed that the average police officer had a life expectancy of 12 years less than that of other people and died within five years after retirement.  However, further research has shown this to be incorrect.

A study by R A Raub with the title ‘Police Officer Retirement: The Beginning of a Long Life’ compared 732 Illinois State police retirees with other retired Illinois State employees.  The findings showed that police retirees had an above-normal life expectancy, significantly longer for those age 55 and older at retirement.  The conclusion drawn was that “Evidence suggests that police are living longer, not shorter, than the population as a whole.  Information from Arizona, Kentucky, and Ohio State patrols show life expectancies similar to those for Illinois State Police retires.”

Studies have also found that police officers tend to enjoy their retirement.  A concern for those in professions such as police officers and firefighters is that their work creates tightly-knit communities of personnel held together by their shared goal of serving and protecting their community and one another.  Leaving their ‘work family’ when they retire can be difficult for police officers.  Research by Carney, Christine & Bates, Lyndel & Sargeant, Elise.  (2019) with the title ‘Exploring the Impact of Retirement on Police Officers’ Wellbeing’ found that most police officers knew their retirement date well in advance and made plans for their retirement and that this eased the transition.  The report said, “The ﬁndings from this study highlight the importance of developing social networks pre-retirement, developing a plan post-retirement in terms of ﬁnances, family roles and hobbies… Having strong supportive social and familial networks reduced the eﬀects of retirement to some extent, along with having interests external to policing.”

The study also found that one of the major contributing factors to a happy retirement for police officers was spending time with their families and friends, especially their grandchildren.  Due to the dedication required by their jobs, many police officers felt that they couldn’t spend as much time as they wished with their families.  This changed once they had retired.  According to the research, “(the) emotional wellbeing of the respondents tended to improve upon retirement as they socialized with friends and undertook hobbies and activities which they did not necessarily have time for whilst employed.  A positive impact of retirement on the family was the improved or increased relationship between retirees and their adult children and grandchildren.  For many retirees, spending time with grandchildren accounted for a large portion of their time and included outings to the park or the beach and having grandchildren stay overnight.  As well as this, retirees often spent time performing home maintenance for their children such as minor renovations and mowing their children’s lawns.  Retirees enjoyed this time as it allowed them to bond with their grandchildren while at the same time supporting their own children to stay in the workforce.  Having a strong purpose such as caring for grandchildren had a positive eﬀect on the mental and physical wellbeing of retirees.”

Another key factor contributing to police officers happily transitioning from a working life to retirement was having a fitting celebration.  Whether it was something as simple as a cake shared with co-workers or a large-scale retirement party, having some form of celebration helped the police officers to move contentedly into retirement.  Serving as a police officer requires a high level of dedication and hard work, and receiving cards and gifts from friends and work colleagues helped the retirees to feel appreciated.

According to figures published by the ‘Police Executive Research Forum’, there was a 45% increase in the retirement rate of police officers in 2021.  With so many police officers retiring, it is rewarding to know that they can look forward to a long and happy retirement.