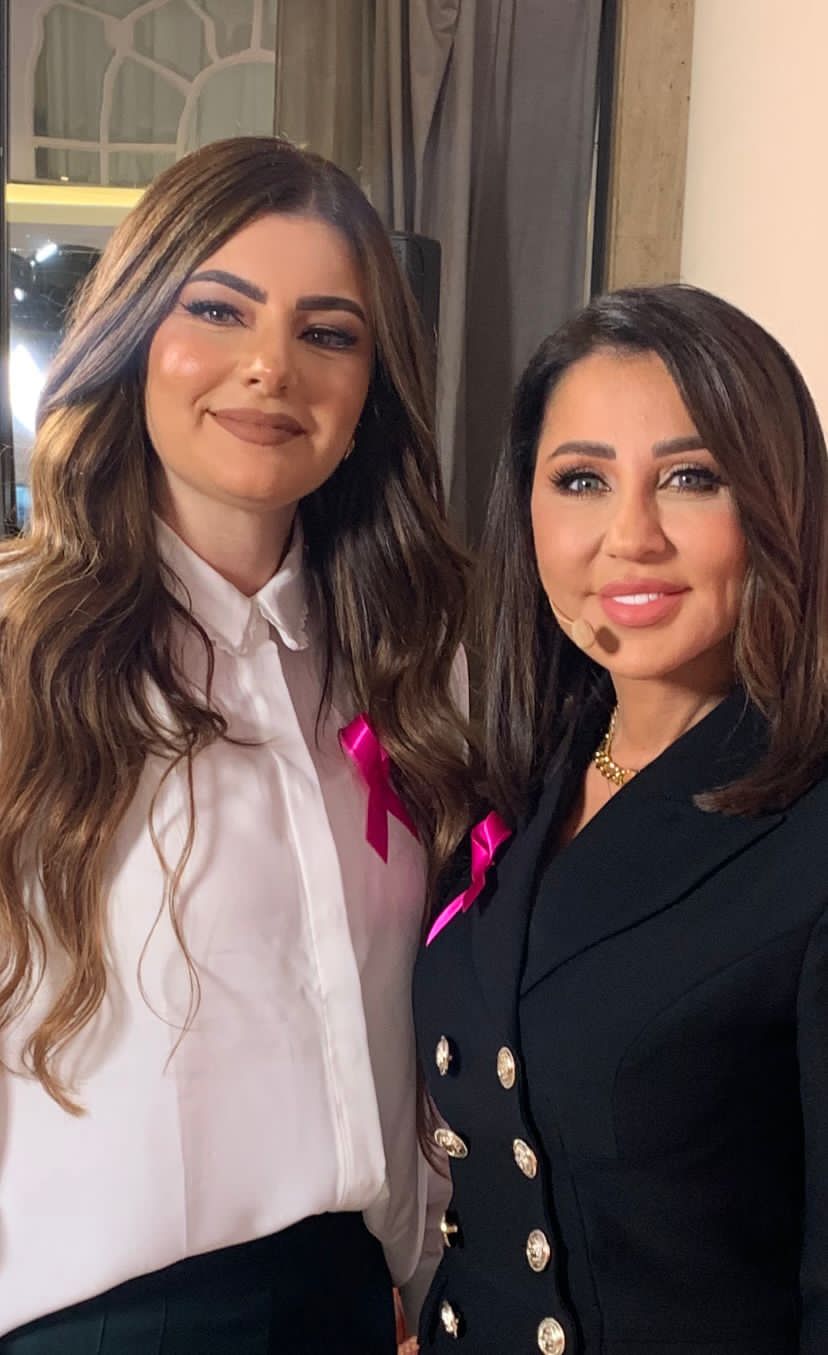 Campaign to save cancer patients organized by the “Ba nin” Association with Liliane Moukhallalati and Rabia Zayyat
Liliane Moukhallalati is proud that she was able to participate in such a really heart touching campaign were she was able to deliver the pain of cancer patients for thousands of people all over the Arab World. No one can feel their pain, no one can calm it down. But others can help them fight, people can be their hope in life. 1$ from everyone matters! Yes, it matters. people can safe their lives, lessen their pain and stand for them in a country that lacks all means of assistance..

Banin Charity Association organized the largest campaign in Lebanon to save cancer patients last month. The campaign took place through participation via the share of the direct broadcast of the exceptional fundraising episode on the Banin Association’s Facebook page, Instagram and YouTube, which was presented by the ambassador of the media campaign, Rabia Al-Zayyat, and the ambassador of the association, the poet Nizar Francis, and the Lebanese influencer Liliane Moukhallalati, in order to help the largest number of patients in need of treatment.

The live broadcast took started on Monday, October 31, at 6:00 pm, and took two hours of fundraising time. During the live broadcast, Rabia Zayyat asked the Lebanese influencer about the reason behind participating in such campaign, and her turn Liliane said, “unfortunately, I am not able to help this huge number of cancer patient from financially. But my position inf life as an influencer having over 1 million and 300 thousand followers on my official Instagram page, I decided to be part of this campaign.

“Sharing this campaign on my platforms will help in a way or another in collecting funds for cancer patients. If each follower donates with 1$ only, look how much we will be able to raise! For minimum 1 million dollars, how many cancer patients we will be helping? From this point, I am really proud that I am here today, proud that I am trying to help these speechless spirits in a country that lacks all means of help for them. And whenever I’m told to participate in such campaigns, even without thinking I’ll be there.”

The campaign started when Liliane Moukhallalati put on the table 1$ “from her 7-year-old daughter” as she claimed, and then And the donations began to flow.