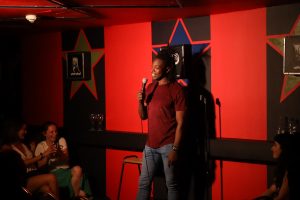 When it comes to finding cheap comedy tickets London can’t afford to miss, City Comedy Club provides some of the best comedy around, including the top stand-up comedy London has to offer. Now, the place with the best comedy shows in London is excited to announce its Less Than a Meal Deal Comedy Nights-offering Londoners the chance to enjoy stand-up comedy shows for less than the cost of a sandwich, packets of crisps, and fizzy drink- just￡3!
Less Than a Meal Deal Comedy Nights
City Comedy Club is proud to introduce Less Than A Meal Deal Comedy Nights on the first and third Wednesday of each month, starting Wednesday, January 18. With this initiative, City Comedy Club is hoping to provide Londoners with an affordable way to get out and enjoy some of the best up-and-coming comedians in London. The goal is to lift spirits during these tough economic times , and as prices continue to rise. That’s why City Comedy
Club is combating the rise in prices by offering a show for less than the cost of a meal deal at any major supermarket chain. No meal included in this price – just a feast of great quality comedy.Comedy with a great lineup every week. City Comedy Club is based in Shoreditch, located in the heart of London! Based in Shoreditch, it is the best place to grab a drink and have a laugh. This top London comedy club is located downstairs at the Trapeze Bar, where a full food menu is available, so patrons can have a full belly while enjoying some belly laughs. They also offer a full range of alcoholic and non-alcoholic drink options. With a cosy atmosphere and just 125 seats, guests are guaranteed a good view in an intimate venue.The best neighbourhood for comedy in London!
City Comedy Club is a short walk from Old Street Underground Station. Near to Hackney, Finsbury and Angel, the club is just a 30-minute walk from Central London attractions , such as Millenium Bridge and St. Paul’s Cathedral. Locals know the western front of the edgy East End is Shoreditch-a perennially trendy haven for anything “street” – street art, fashion, and food. Featuring a handful of well-connected transportation links dotting its perimeter, along with an ever-increasing variety of shops, hotels, bars, and restaurants – this is a must-explore part of London.
Best Cheap Comedy London Has to Offer 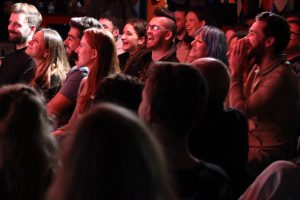 Comedy is at the soul of everything at City Comedy Club, and the goal is to bring a little bit of joy and laughter to folks living in the city during these tough economic times. City Comedy Club is located right in the heart of London and is where some of the world’s best up-and-coming comedians delivering top stand-up routines. This is where locals will find some of the best cheap comedy London has to offer, including comedians seen on Live at the Apollo, Mock the Week, Edinburgh Fringe Festival, America’s Got Talent and many other award winning shows. Less Than a Meal Deal plus amazing comedy equals the best cheap comedy London has to offer on the first and third Wednesday of each month. And catch more shows any Wednesday, Thursday, Friday, or Saturday night.
More Information
Looking for a comedy club in London? Look no further than City Comedy Club, where they are proud to host the biggest pool of up-and-coming comedy talent in the United Kingdom, along with many well-known faces. City Comedy Club always keeps prices low and offers cheap comedy London won’t want to miss, whether it’s Thursday, Friday, or Saturday nights. Learn more about the best value for comedy in the centre of the city here: https://www.citycomedyclub.co.uk/
Source: https://pressrelease.cc/city-comedy-club-introduces-less-than-a-meal-deal-comedy-nights-in-london/

City Comedy Club is proud to host the biggest pool of up-and-coming comedy talent in the UK along with many well know faces from shows like Joe Rogan Podcast, Comedy Central, Live at the Apollo, Mock the Week, Edinburgh Fringe Festival, America’s Got Talent and many comedy award winners.