Is everything known about shape and size of the universe, and how it works, wrong? 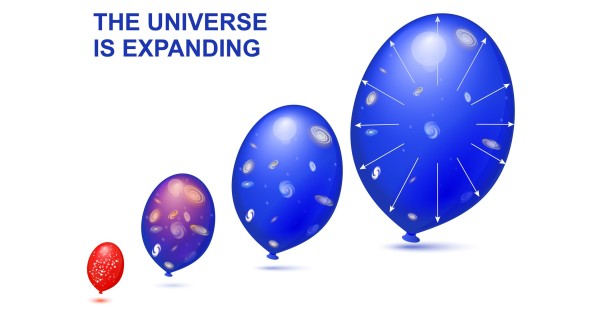 The two greatest theories of Physics are mutually conflicting because of wrong model of the universe.

INDORE, Madhya Pradesh, India – Jan 16, 2023 – There are two pillars of modern physics-General Relativity (GR), which describes phenomena on the largest cosmological scale, and Quantum Mechanics (QM), which describes phenomena on the smallest, submicroscopic scale. But these two theories are incompatible and mutually contradictory. For nine decades, finding a way to reconcile the two has been the grandest goal of physicists worldwide.

In a landmark paper, Mr. Subhajit Waugh from the Raja Ramanna Centre for Advanced Technology (RRCAT), Department of Atomic Energy, Government of India, has provided the true solution. His paper shows that we have made a series of historical mistakes in our mathematics, our physics, and our cosmology. A brief summary of the research geared towards non-specialist audiences, can be found here. The original preprint paper is titled Quantum Mechanics and General Relativity are fully compatible, and have a common origin: the expanding (hyper) balloon universe. [Link1] [Link2]

“The presently accepted model states that the universe is three-dimensionally flat, and infinite (grid model). However, many recent results have revealed cracks in the theory, and my work has finally smashed the door open-the universe is curved; it is a 3 dimensional hyper-surface of a (hyper) balloon” explains Mr. Waugh. His calculated Hubble constant value (71.002 km/s/Mpc) matches very well with accepted values (69.8 km/s/Mpc and 74 km/s/Mpc measured by two separate methods). In fact, several recent papers in prestigious journal Nature Astronomy and elsewhere have strongly suggested that our universe is indeed closed and finite. This video explains the grid model and balloon model of universe.

We are confident that we have measured the universe to be (3d) flat using two different methods. It is a bit technical, but neither method is capable of measuring the curvature of our universe. Using the center of mass equation and the Minkowski space–time equations as his main tools, Mr. Waugh demonstrates the curvature of the universe and the existence of two different frames of reference/viewpoints. The universe is perceived differently from each viewpoint, due to space and time exchanging roles. But it is precisely this, which allows the reconciliation between QM and GR. From the center of (balloon) universe viewpoint, simultaneity is absolute (as demanded by Sagnac effect) and there is absolute universal time (as demanded by Quantum Mechanics). This is because, the absolute universal time elapsed since the Big Bang is simply a function of the radius of the universe. From our viewpoint (located on the surface of the balloon), our concept of SpaceTime is relative, locality is absolute, and the velocity of light is the upper limit (and remains constant for every observer irrespective of their velocity). Those were Einstein’s unshakeable beliefs, which were shattered by Quantum Entanglement experiments (which led to last year’s Nobel Prize in Physics). Since both relative and absolute times are possible, it solves the Time Problem, which had stubbornly resisted the reconciliation of QM and GR. Which viewpoint shall prevail is determined by size scale (explained in detail in his paper).

“By perceiving the universe as an expanding (hyper) balloon, all these concepts can be easily and coherently put together—finally building a beautiful jigsaw of nature and the universe,” explains Mr. Waugh. The list of achievements in his paper is staggering, and can rewrite entire Physics and Cosmology. We might very well be witnessing the grandest ever unification in science. Mr. Waugh concludes “You must have heard the parable of the blind men and an elephant. The situation is no different in our current physics and cosmology. My paper shows that the pillar is the leg of the elephant, the pointed spear is its tusk, the rope is its tail, and the rubbery mattress is its ear”.

Mr. Subhajit Waugh is a Scientific Officer at RRCAT, Department of Atomic Energy, Government of India. He obtained his Master’s degree in Physics from the National Institute of Technology, Rourkela, in 2003, where he was the topper of his batch. His research interests include unifying Physics and Cosmology into a single ‘Theory of Everything’ and unveiling the mysteries of our universe. In 1996, he was awarded the prestigious NCERT National Talent Scholarship.  He appeals his viewers to watch and share his favorite (non-scientific) video.

The Importance of Graphic Design for Businesses