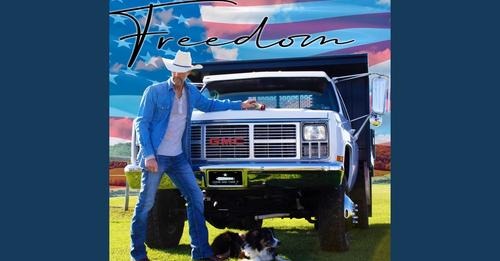 An ‘all-American’ hue of Country music, The Band Cole’s striking new album, ‘Freedom’ oozes with strong emotions, visceral songwriting, and uplifting tones. Led by Nashville’s talented singer-songwriter Patrick Cole at the helm of the record, ‘Freedom’ brims with a sense of originality and authenticity which is hard to not appreciate.

Having won countless competitions across the U.S. and renowned for his immaculate vocals, Cole has partnered with AOK Records in Nashville to produce the new record. The 10 new songs, with his jaw-dropping Ronnie Dunn-style vocals in the forefront, feature a buzzworthy and unique music style.

‘Freedom’ marks an enlivening anthem of love for his own country. The music video for “Freedom” has already garnered over 10,000 views. Set to release for all audiences on January 11th, 2023, the compelling record features Patrick Cole’s sheer range and admirable ability to submerse audiences in his spellbinding craft.

What makes Cole unique is the awe-inspiring vocal talents the artist possesses, as well as his dynamic performance style which bewitches all. Cole takes listeners on a hypnotic and charming ride through soft, layered vocals and anthemic emotional ballads.

Delivering an emotive vocal styling, Cole dedicates this album to the ‘brave men and women of the armed services’ who have laid their lives down for the unending love they have for their country. The skilled songwriter remains committed to helping disabled veterans’ charities, continuing the illustrious vision his music trajectory has upheld.

With his new music, Cole explores themes of love and loss with the uptempo ‘My World’, ‘Baby Come On’ and ‘Uncharted Ground’, and through the sublime ballads ‘Vegas Sky’ and ‘Give Me You.’ An intimate and emotion-fueled vibe is put on display with the mid-tempo ‘Show Me the Way’.

Sharing with audiences his country rocker side on the blazing ‘Blame It on The Whiskey’, Patrick Cole shows his classic country side with ‘Keepin On’ and ‘Wishbone’. The artist’s plans for 2023 include live performances through his very own ‘Tour of the Eastern and Southern U.S.’

Visit http://www.colecountry.net and stream the artist’s new album “Freedom” at https://tinyurl.com/2xc6fycx, and join the Cole Miners fan club. Watch the artist’s music video for his first single “Freedom” at https://www.youtube.com/watch?v=wLBqldjfBN4. Also see a video for the song ‘Give Me You’ at  https://youtu.be/wbI_OpOn-vE  For any media inquiries, interviews, reviews, and/or collaborations, you can reach out to Working Man Productions at lanemusi@ptd.net

It has truly been a long road from small-town Mansfield, Pennsylvania to Nashville for singer-songwriter and recording artist – Patrick Cole. In fact, one could write a country song about it. By day, Cole has worked as a stone mason and, by night, he has been singing his songs wherever there’s a stage that will let him.

Laying bricks in the bitter cold and scorching sun gives a man a lot of time to think, or in Patrick’s case, write songs, and after suffering a back injury in a construction accident, Cole decided to pursue his music career with renewed fervor.