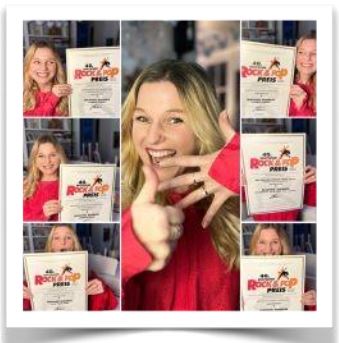 At the beginning of 2022, singer Nadine Sieben released her current Schlager album “Leben leben” (Universal Music). With lively songs such as “Tanz dich frei (Fühl die Musik)” (Dance yourself free (Feel the music)) or “Mit dir” (With you) and sensitive ballads like “Du bringst mein Herz zum Lachen” (You make my heart laugh), the album reflects the musical and vocal range of the artist, always with a view to lyrics that appeal to the whole family and with a trained singing voice and cutting-edge pop/Schlager arrangements that encourage you to sing, dance and dream along.

In the main category, “German Singer Award 2022”, Nadine Sieben has received the jury rating of “1” for her song “Du bringst mein Herz zum Lachen”, therefore attaining the award for “Best Solo Singer”. With her number “Tanz dich frei”, she is awarded the title of “Best Pop Singer 2022,” again with a jury rating of “1”.

The “German Rock & Pop Awards” is the national competition for rock and pop music groups and singers of all musical styles and took place for the 40th time in 2022. Its patrons are Steffen Mues, mayor of the city of Siegen, and Prof. Martin Maria Krüger, president of the German Music Council. The German Rock and Pop Musicians Association is committed to the interests of well over 1,000 musicians and represents musicians from all musical styles across all genres.

A few weeks ago, the album “Leben leben”, which is well worth a listen and which has now won 6 awards, was supplemented by another release: the mini-album

“Weihnachten, wie wir uns auf Dich freu’n” (Christmas, how we look forward to you; Universal Music) features six varied Christmas songs that made the artist very popular on the streaming platforms in the last weeks of the year. 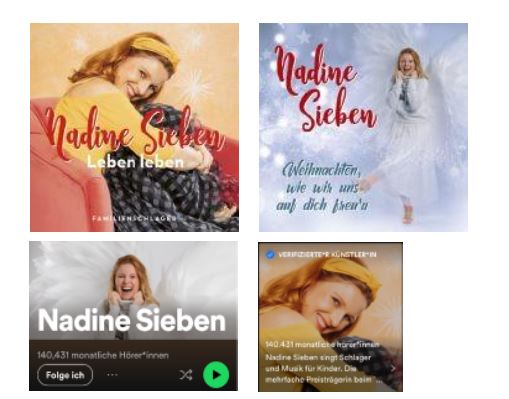